White linen, commercially produced single bed sheet, that has been subsequently autographed and embroided to make a quilt or coverlet. All embroidery is in two gauges of white cotton embroidery thread. Unless otherwise stated the embroidery is in stemstitch, with a small amount of chainstitch. All the autographs would have originally have been written in pencil before being over-embroidered. The top edge of the quilt has a 6cm deep hem edged with drawn threadwork. Beneath it, in satinstitch, is a decorative scroll of grapes, vine leaves and tendrils. The hem and scroll were part of the original bed sheet. Beneath this is hand stemstiched lettering 'Rylstone Autograph Quilt'. The main body of the quilt is covered with numerous embroidered autographs bordered by a wide variety of embroidered shapes. The shapes include stars, flowers, circles, and five large multi-facetted circular shapes. The central circular shape bears the cypher of King George V and 'FOR OUR DARDANELLES AUSTRALIAN WOUNDED 1915'. Two of the other circles bear the names 'A.C. ROBBINS A.H.FREEMAN' and 'J.D. SANDSTROM' (Robbins and Freeman were Rylstone district Gallipoli casualties). The other two circles bear the names of well known Australian commanding officers killed on Gallipoli, 'Genl Bridges' and 'Cols MacLaurin Braund [and] Onslow Thompson'. The names of 49 soldiers with a Rylstone district connection have been written by the same hand around some of the circles and then embroidered over.

Autograph 'quilts' were a common method of fund raising in Australia during the First World War, especially in country areas. The idea behind them was that an individual would sign the quilt in pencil and then pay to have the signature embroidered over. In this way funds were raised for the war effort, The Rylstone quilt is unusual in that the signatures and decorative embroidery are in white on a white ground. The majority of quilts were embroidered with red thread on a white ground.

There are over 900 names embroidered on the quilt. They include names of soldiers from the Rylstone district and the signatures of civilians from the Rylstone in New South Wales. As far as can be ascertained , 49 soldiers from the district are listed on the quilt. Work continues to identify the servicemen. All those identified enllisted between August 1914 to July 1915, implying that the quilt was completed by mid-1915.


The quilt is now held by the Australian War Memorial.


Norman EUSTACE (signature clearly reads EUSTANCE; however, this spelling is incorrect)
Posted by Dan Hatton at 18:53 No comments:


Father of Osmond John LEIGHTON and Allan David LEIGHTON. Both served in WW1.

Allan David LEIGHTON (27 Sep 1895 - 11 July 1918) was one of Osmond John LEIGHTON's brothers. He died in France during WW1. Both were sons of David and Emily LEIGHTON.

Source: Dan HATTON
Posted by Dan Hatton at 14:10 No comments:

Looking for photos of Edna and Jack PEERMAN.

They had two daughters: Jean (died as an infant) and Shirley.

I am looking for photos or Ernie and Dorothy HOWARD.

Mona and Thomas had four daughters:
Hoping to find someone connected to this family.


Robert Harrison CUTTLE and his wife, Louise "Louie" CUTTLE, built a store in Kandos in 1915 but left several years later. They later ran a store in Leichhardt.

Does anyone know anything about Robert and Louie CUTTLE?

They had one son: John Richard DAVIES.

John was a NSW police officer and married Myra Stella ANNAND in 1957.


Fanny Aston NICHOLAS (1866-1951) married Herbert Richard DALTON (1863-1951) at Morpeth NSW. Herbert was manager of the Australian Joint Stock (AJS) bank in Rylstone when it was housed in the Bridge View Inn building.

Fanny and Herbert had five children but only two survived into adulthood.
I would like to find out more about the DALTON family.


William James CHARDON (1868-1921) was a commercial traveller but lived in Bondi NSW when the quilt was created.

William married Alice Jane TATTON (1871-1942) in 1895 at North Ipswich QLD where they lived before moving south to Meldon VIC prior to settling in Bondi.

William and Alice had one son:
Harold married Winifred Branch LEWIS in 1936 at Bexley NSW. They did not have any children.

I am still searching for a photo of William James CHARDON.

Grace was a teacher at the Bogie Subsidised School in 1915.

I would like to find the family of Grace and James EDMUNDS.


Norman James BROADBENT was born in 1895 and enlisted for service in WW1 in September 1915, aged 20. Although he was from Mosman NSW, he must have visited Rylstone earlier in 1915 when the quilt was being created as the signature on the quilt and that in his WW1 service records are identical.

He served in the 1st Australian Auxiliary Hospital (AAH), starting as a Private before being promoted to Lance Corporal then Sergeant.﻿

After the war, Norman returned to Australia and married Dorothy Eva BROWN in 1925. They had two daughters:
Norman died in 1963 at Wagga Wagga NSW and Dorothy died in Sydney in 1961.


Beatrice Clara BOWES was the daughter of Reverend Joseph BOWES, of the Methodist Church, and his first wife, Clara BOWES (nee DAWSON). Clara DAWSON was the sister of James DAWSON of Henbury, Rylstone; therefore, Beatrice was the niece of Mrs Jessie DAWSON who created the Rylstone quilt. Rev. BOWES spent some time at Mudgee in the late-1880s but later moved to Queensland.

Beatrice trained as a nurse and served in the early stages of WW1 as part of the 2nd Australian General Hospital (AGH) (1915-1916). She joined on 30 July 1915 and joined the Mena Convalescent Depot in November 1915 but was returned to Australia in March 1916 suffering from anaemia and debility.

Beatrice married Charles Edward COSSART in September 1916 at Brisbane QLD. I believe that they had seven children: five daughters and two sons.

I would like to find out more about Beatrice and hopefully down track down a photo of her.


Robert Henderson BRADLEY (1869-1917) was a commercial traveller who was probably visiting Rylstone at the time the quilt was being made. I haven't yet located direct evidence of this but it is likely he represented one of the large Sydney companies that supplied stores in the district. There are a number of other commercial travellers with their names signed on the quilt.

I can't find anything about Lance's short life so any help would be much appreciated.

They had two sons:

I am looking for photos and details of Allan and Gertrude KIRKLAND and their family for inclusion in the Rylstone Autograph Quilt book.

Maud married Walter William McANDREW in 1924 at Katoomba. I think they had four children:
I am looking for any relatives or descendants of Maud and Walter.

Muriel married Frederick Henry WILLIS in 1948 when she was about 50 years old. It is not known if she had any children.

Frederick died in 1954 and Muriel in 1959. They are buried together in Rylstone cemetery. The plaque for Frederick mentions a 'John' although I am not sure who John is.

I would like to know more about Muriel and Frederick, and would love to locate a photo of them.


Sarah PAYNE was born about 1874 to John Stanley PAYNE and Emily PAYNE (nee SOMEONE?)

Sarah PAYNE married Richard Edward BIRD in about 1890 and they had eight children.
Seeking any relatives or descendants for further information on this family for inclusion in the Rylstone Autograph Quilt book.

Richard married Sarah PAYNE in about 1890 and they had eight children.

Seeking any relatives or descendants for further information on this family for inclusion in the Rylstone Autograph Quilt book.


Mabel BISLEY was the daughter of Henry "Harry" BISLEY and Emily BISLEY (nee HARRIS). She was born on 23 August 1885.

Mabel married Audley Herbert Orton BOULTON in 1946. Audley had previously been married to Agnes Pye SIMPSON (1882-1927) and they had one son, James Richard BOULTON (1911-1972), who became Mabel's stepson.

I would like to locate members of this family in the hope there might be photos of Mabel and Audley.

William and Joan and one daughter, Vicki BAYLISS, who married John BUCKLEY. They had a son, Kirk BUCKLEY.

I am seeking to locate this family for further details on William for inclusion in the Rylstone Autograph Quilt book.


Joseph BURRASTON owned a motor vehicle used by a group of four men from Cessnock NSW that visited the Rylstone district in 1915. All four men signed the Rylstone Autograph Quilt along with the name J. BURRASTON.

Joseph BURRASTON enlisted for service in 1916 but was seriously wounded when he received a gunshot wound to the forehead and right leg. Despite a serious wound between his eyebrows, he managed to recover and return to Australia; however, he succumbed to the effects of his injuries and died in 1919 at the age of 29.

On the hunt for a photo of Private Joseph BURRASTON...


Alfred Edward "Edward" EBSWORTH was a District Surveyor in Rylstone.


William John James BAKER served in WW1. He was from Orange NSW and worked as an 'Inspector of Factories and Shops'. He was probably in the Rylstone district undertaking his inspections when he signed the Rylstone Autograph Quilt.

Email ThisBlogThis!Share to TwitterShare to FacebookShare to Pinterest
Labels: MACDONALD C A


Albert Beckford Charles BURKE was the Police Magistrate and local Mining Warden for Bathurst. Albert married Jessie Comfort MORRIS and they had two children.
Irene and William McPHERSON had one son, David Hunter McPHERSON, who was the only grandchild for Albert and Jessie BURKE.

I am looking for photos of Albert and Jessie along with information to complete their story in my book.


Mary Catherine BENNING was the wife of the Rylstone Station Master, Herbert BENNING, who held a position of prominence at that time.

Mary and Herbert left Rylstone in 1917 for Tamworth NSW.

They had eight children:
I am trying to find out more about Mary's family to include her story in my book.

Hilda and Clarence had six children (that I can determine):
If anyone knows of this family please contact me as I would like to include Hilda's story in my book.

Source: Dan HATTON
Posted by Wal Pilz at 08:44 No comments:


Amy Gertrude TWEEDIE (nee DAVIS) was the wife of Walter Ernest TWEEDIE. AMy was the daughter of Charles and Dinah DAVIS.

Source: Dan HATTON
Posted by Wal Pilz at 08:42 No comments:

This is the signature of James Turvey (26 Nov 1848 - 22 Mar 1923) who was a grazier who lived at Breakfast Creek at the time. He had been married to Christy Ann McDonald (7 Feb 1854 - 10 Sep 1908). They did not have any children of their own. James Turvey's uncle was Thomas Turvey from Turvey Park at Wagga Wagga.
Ref: Jenni Turvey 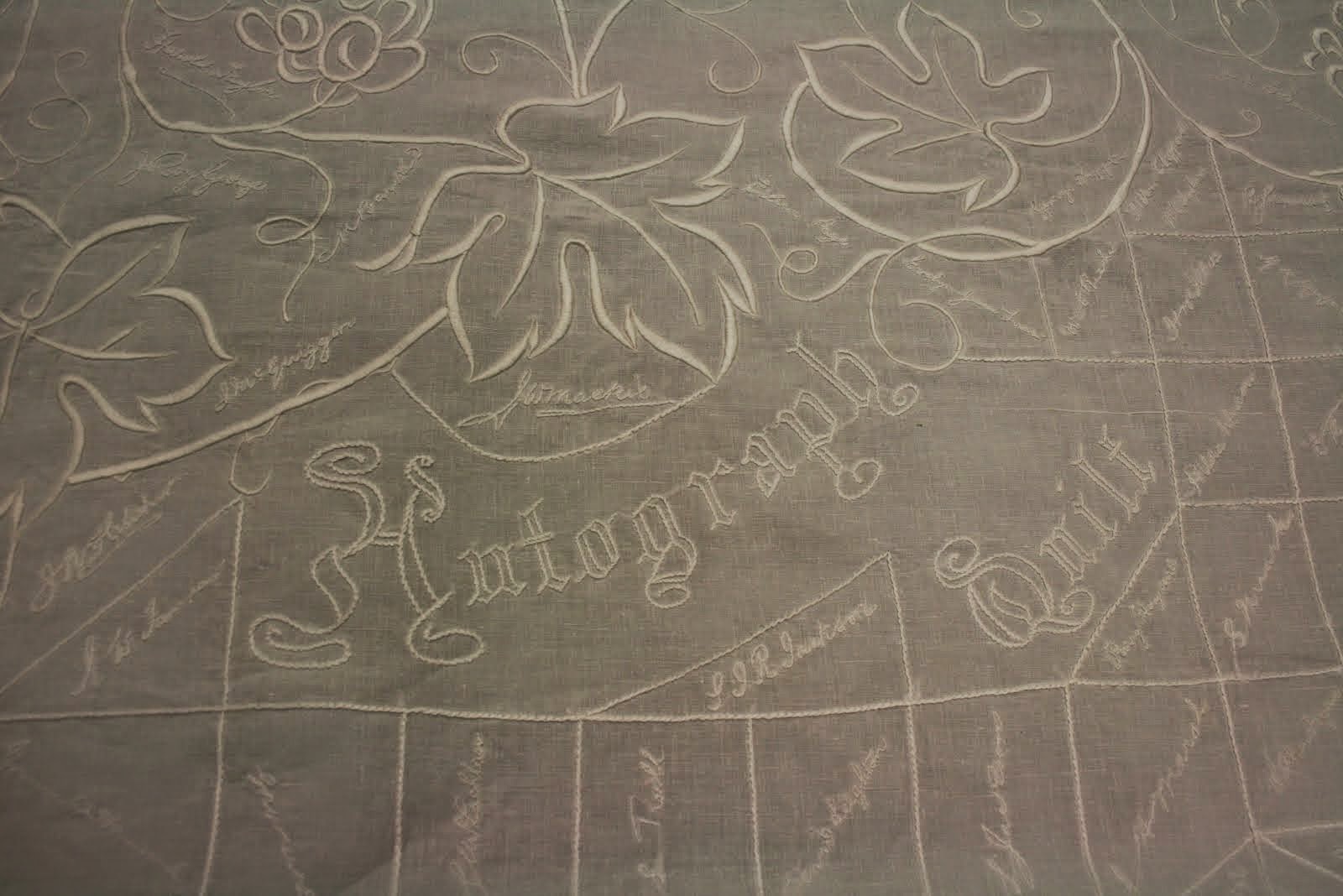 No representation is made as to the completeness or accuracy of the information the site contains and it is not intended to intrude upon any person's privacy or copyright.

If there is any objection to material or images on this site please contact me so that the material may be corrected or removed.